A day in the woods

As a birthday present, my friend Anne promised me a day at the camp. Today was the day. The air was perfectly clear and crispy in the morning, warming up after lunch. 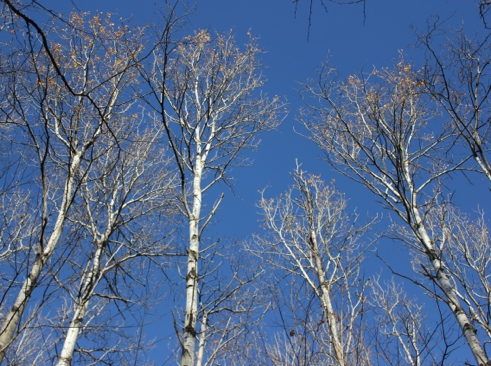 She was anxious to try out the new side by side buggy which we did on the trails bfore lunch. 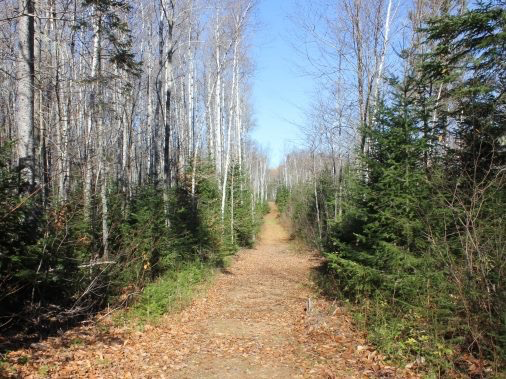 After all the wind yesterday, many of the leaves have fallen; the colors are softening.It is beautiful in a gentler way than the bright leaves were. 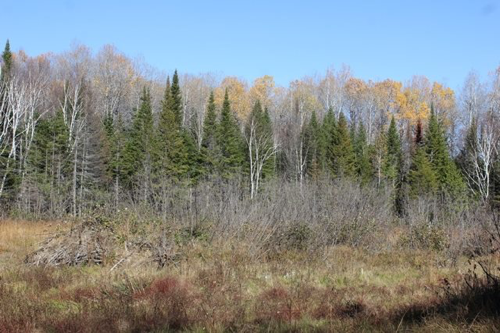 Apparently, this used to be a pond before the beavers built their dam and blocked it. You can see the remnants of the dam on the left.

Ever the comic, Anne couldn't resist dressing up this fungus a bit with a roll of birch bark. It's indentations were placed to resemble eyes. It almost seems to be smirking. 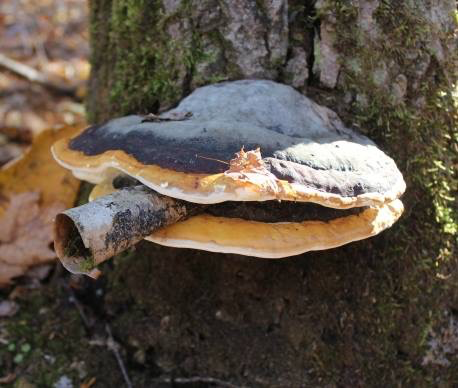 After lunch while she had a little cat nap, I did a small sketch of the tree tops. The camp is situated on the top of a ravine and as I sketched I noticed that the tree tops were swaying gently. 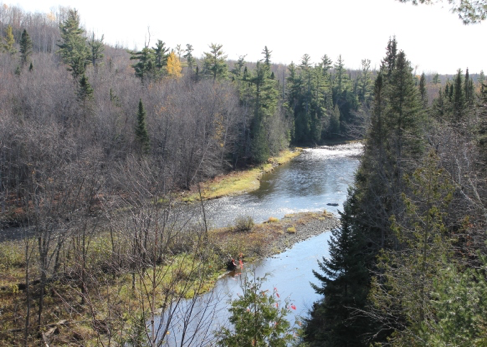 It almost felt like I was sitting in a tree house. 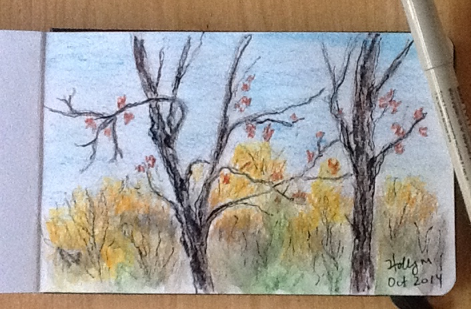 While taking some pictures from a neighbours camp, I spied this interesting pattern on the porch. 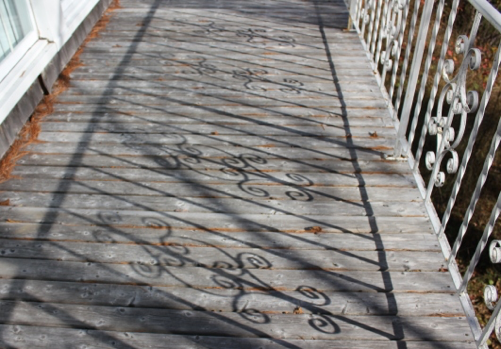 I think it's one of the nicest gifts I've received. I did get another beautiful gift, two matching zippered pouches which I never showed, so I must next time.

It am so sorry I missed your Birthday Holly. Your pictures show that you has a perfect day???

Happy Belated Birthday! I love your pictures and so timely for me because I am learning landscape quilting so I am playing with nature too!

A beautiful day is a gift.
So glad you had a wonderful time.
Hugs,
Meredith