I’ve uploaded another short video to my YouTube channel if you’re interested to see what I’ve been up to this afternoon.
After doing a bit of house stuff this morning and making a veggie soup full of all the veggies I could find in my fridge, I could move to the studio after lunch. 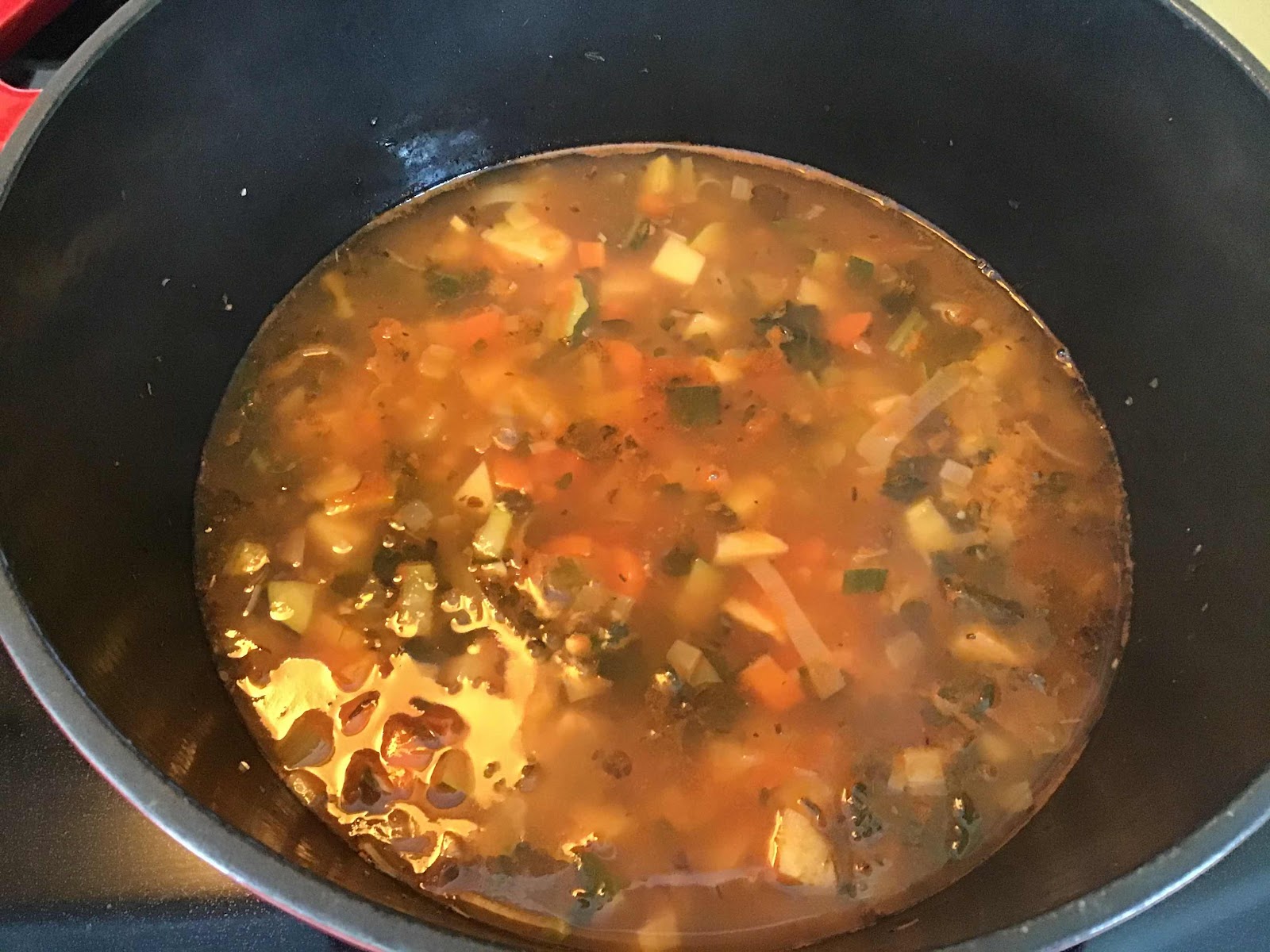 I also made a one egg, egg salad to spread on buckwheat crackers to go with the soup. I’m currently having to cut most breads and pastas from my diet because of some digestive issues. Skipping some carbs sure doesn’t hurt though. I’ve lost some weight. 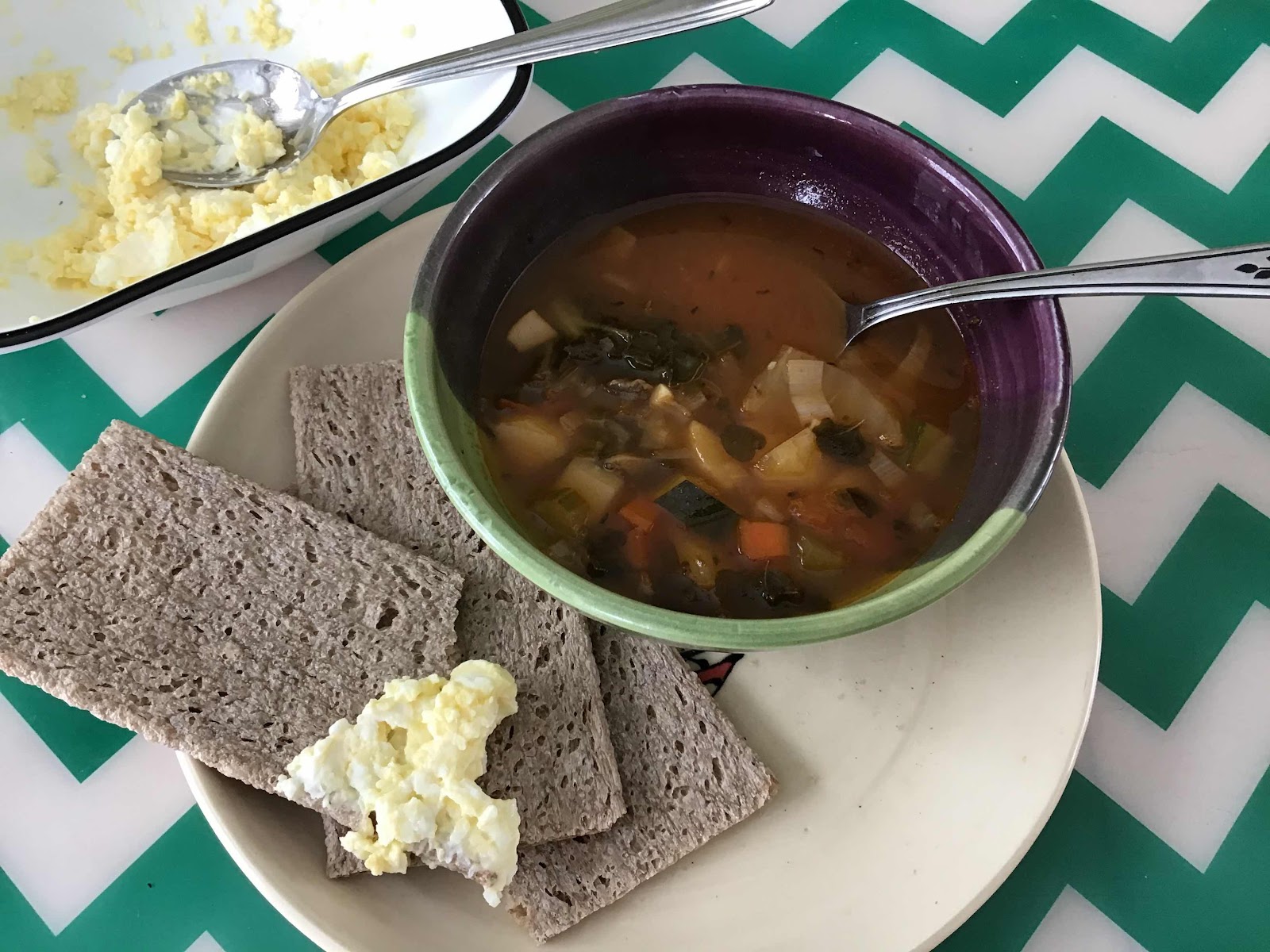 In the studio, I decided to finish up a few things such as the binding on the little barn so that I’ll have something for some hand stitching when I sit down later. 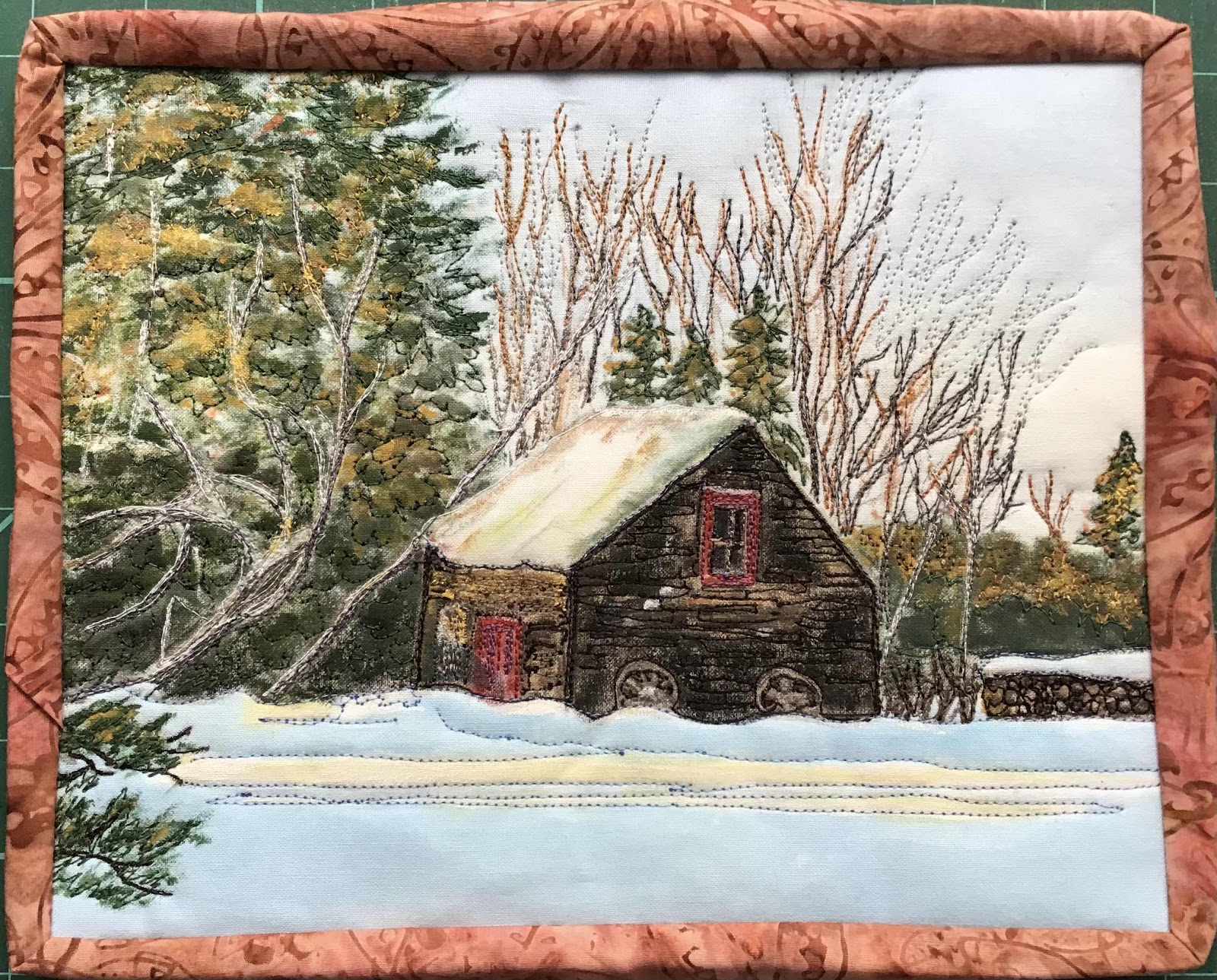 I pulled a thread for the next section in this little piece. It will have a forest of birches added to it once the background is done. I’ve picked out some whites that I will add fusible to the back of. 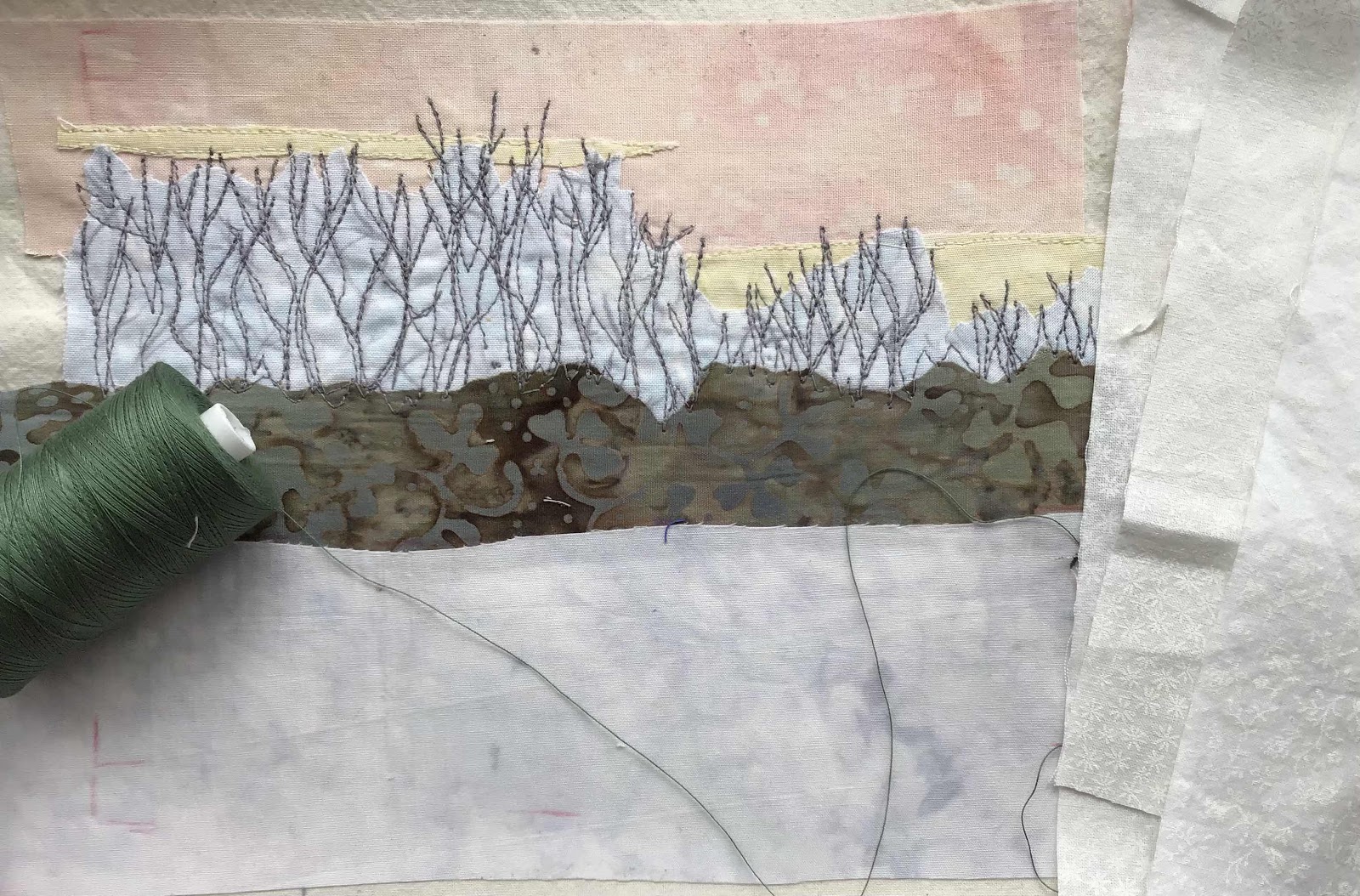 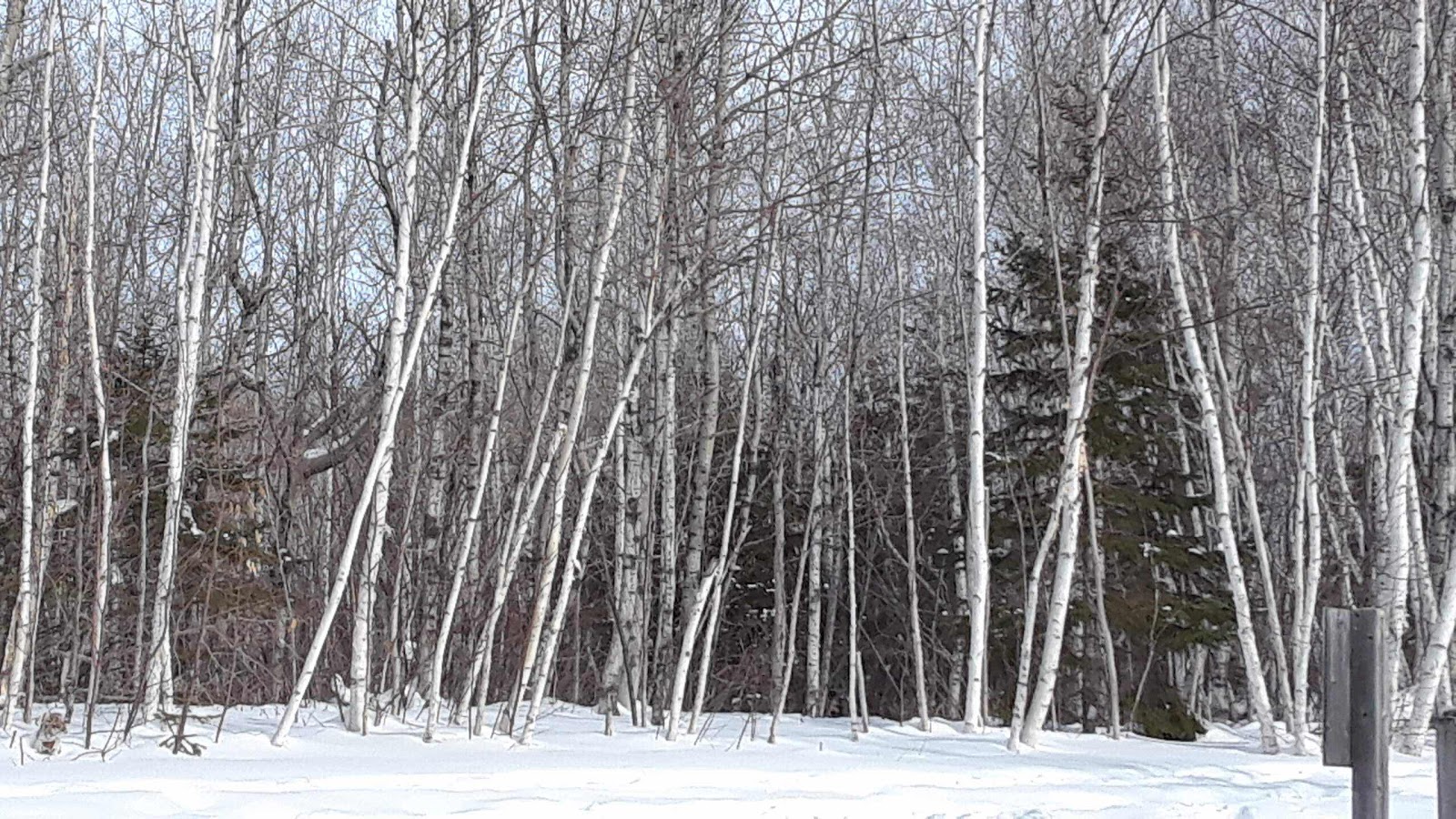 I didn’t feel like cutting the borders for the flying geese. It tales some energy to do all the cutting and measuring. I usually lay the quilt on the floor with a cutting board under one side to cut the right size borders. 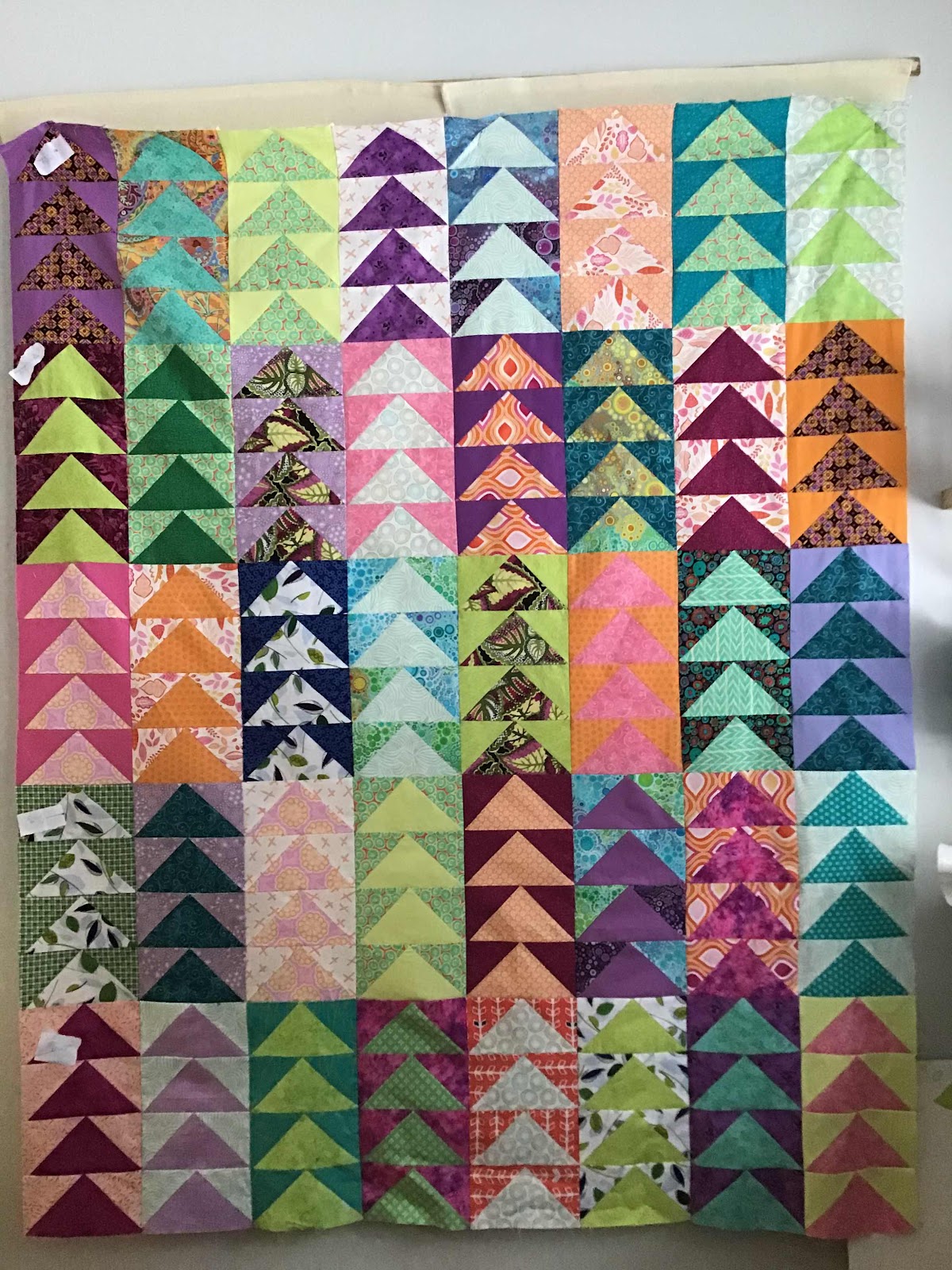 Instead I cut some squares to audition for another baby quilt. My last one is going on it’s way soon and I like to have something ready ahead. 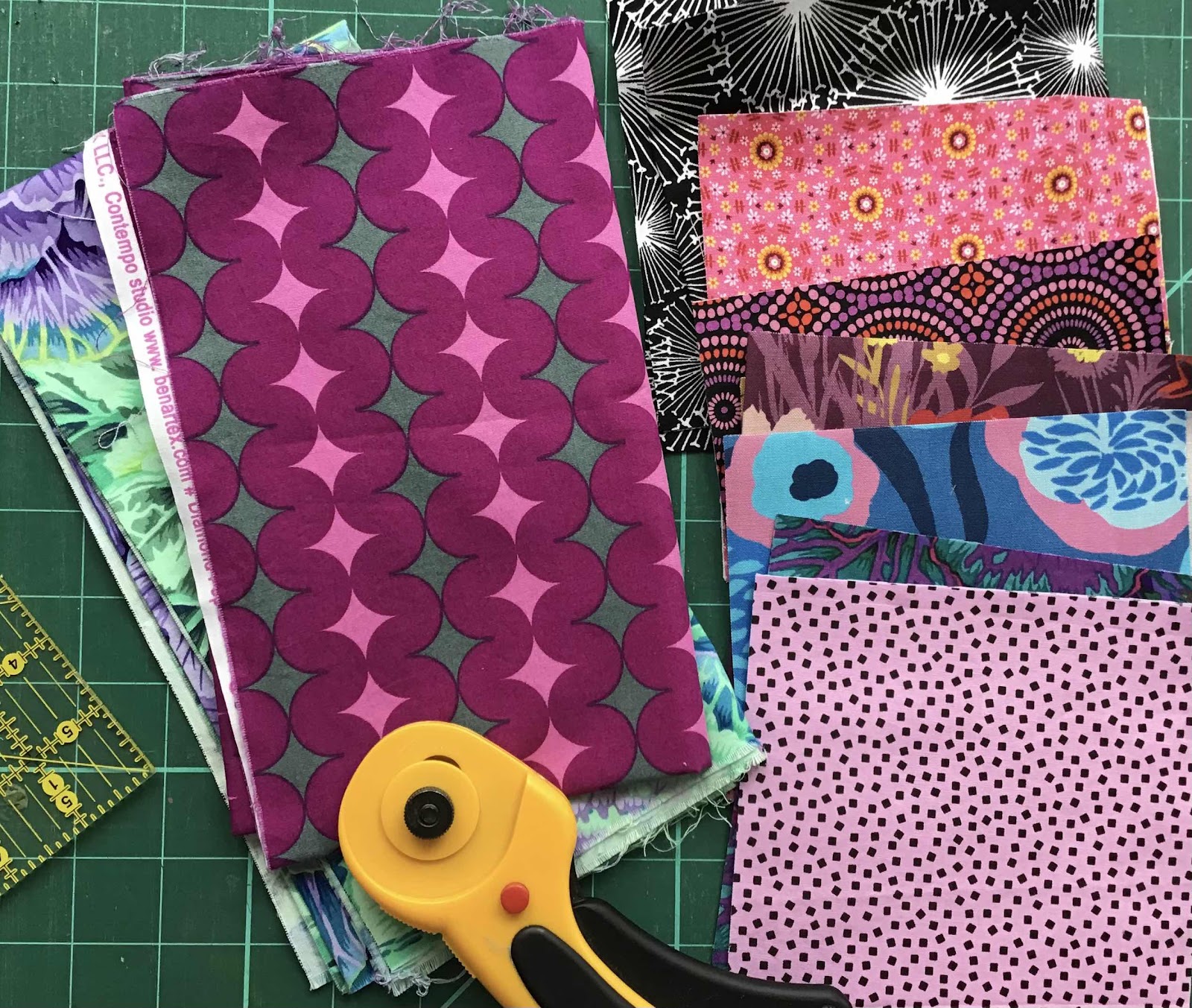 The black fabric is going to be the background. I’ve cut a few  squares at 5 1/2” to see how I would like it once sewn. 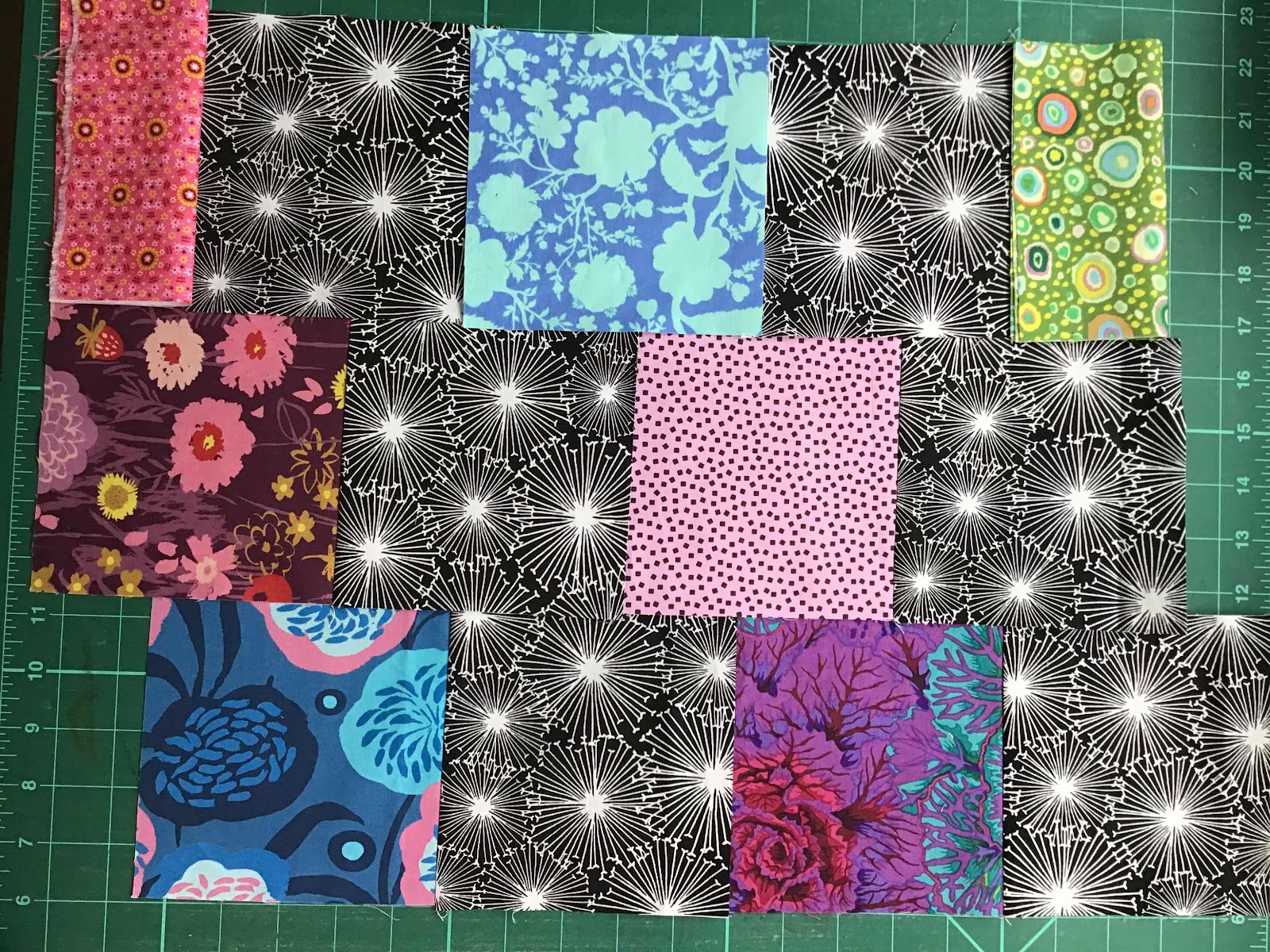 I’ll think on it but I may trim to 5” cut squares as a smaller finished size might look better for a smaller quilt.
Also, I really like to have some piecing that is sitting and waiting for those times when I just want to sit and do a bit of no brainer sewing while I listen to or watch something.
We got  several inches of snow today. Hubby is out with the snowblower right now. It’s not too much and I think quite light and fluffy. It will mean I’ll need a couple days for the trail to pack down again  before I get out on it. 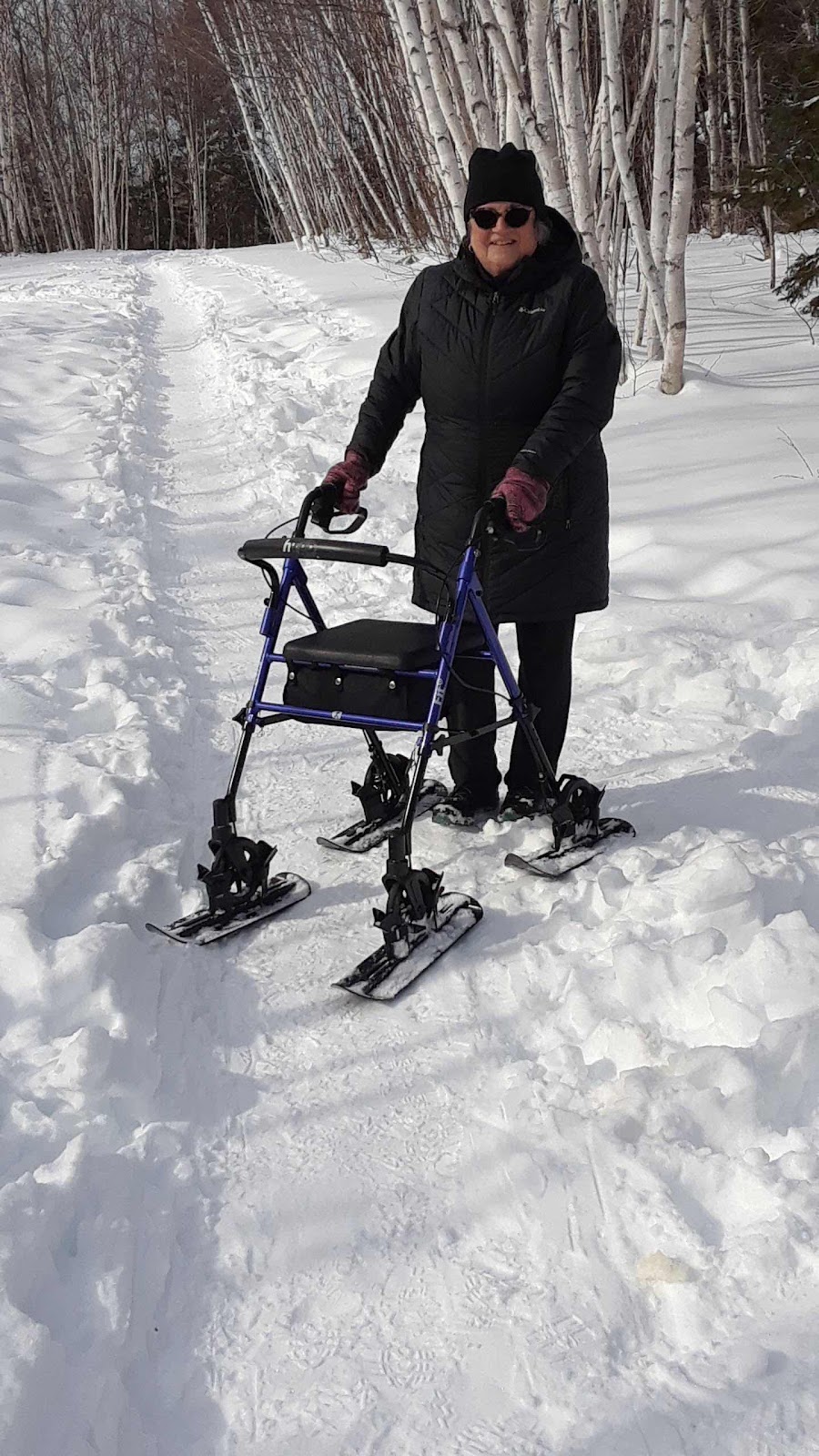