For some time I've had a heat stencil tool that I've been wanting to try. Now, while I'm playing with lots of doodles is the time to try it out. 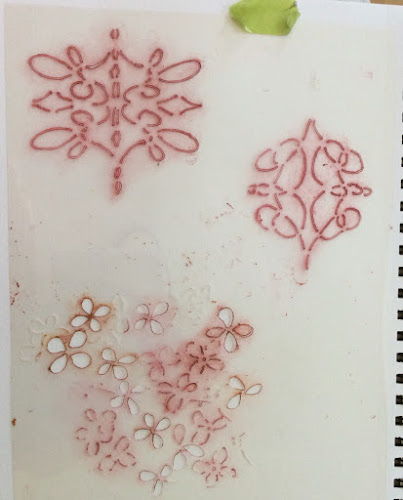 The first time I found that the lines were too thin. 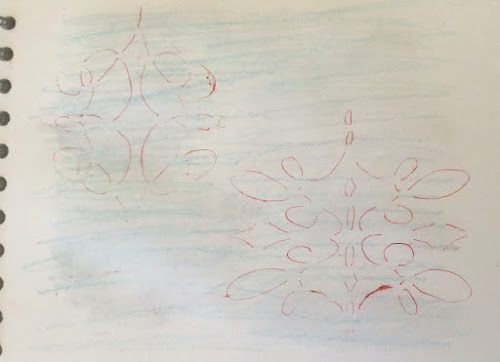 Rather than wait for the tool to cool and change the nib, I chose to go over the lines. I really like the hydrangea blossoms. 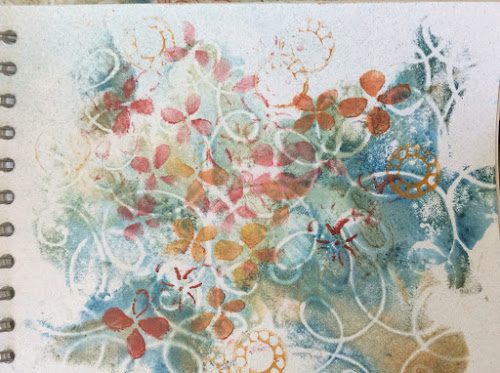 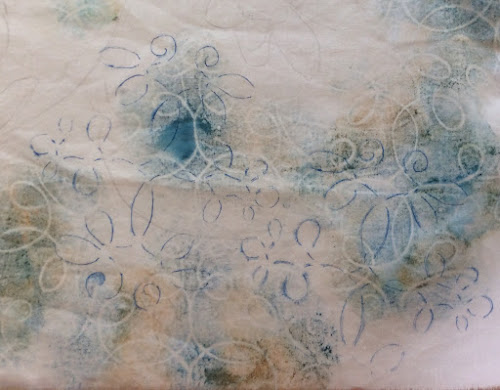 In the photo above, I applied Paintsticks using the stencil and a stencil brush to the fabric that I printed yesterday. It adds a little dimension. 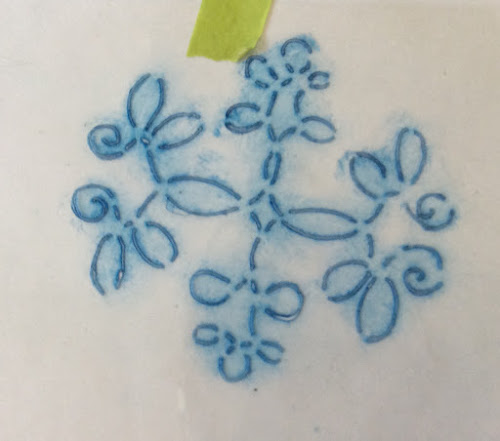 Before cleaning up my mess-- I had already decided my walk could wait until this afternoon-- I tried out some painted sunflowers. When I painted the zinnias the other day (scroll down to older posts) I couldn't figure out why the paints weren't acting as I was used to. I discovered I was using the Setacolor opaque paints rather than the transparents. Dah. 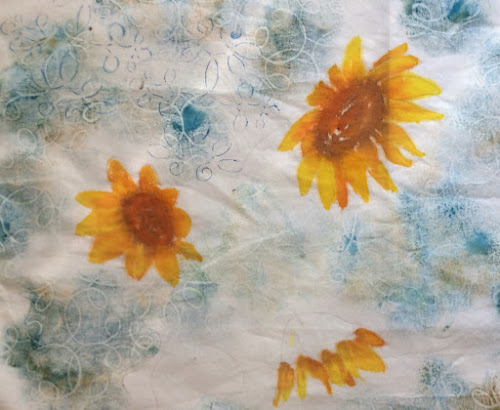 Much better. I only did about half the piece so far. It's long enough to be a runner. 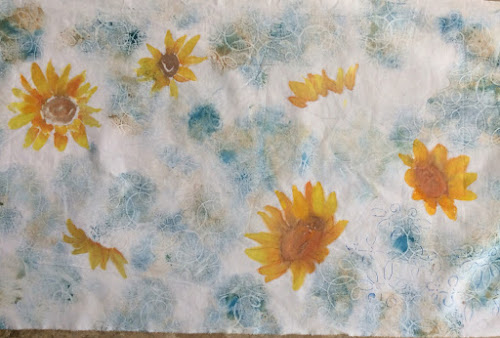 I've stopped to at least get in my exercises before lunch. It's such a beautiful day I must get out.

Posted with Blogsy
Posted by HollyM at 7:30 AM

Oh lovely sunflowers Holly. I will be in touch shortly.