It’s sunny and warm with a slight cooling breeze today. Perhaps I should be outside on such a lovely day, but I’ve been anxious to try to re-establish some studio routine.
I did get out over the weekend though, golfing with hubby and walking on the trail near my house. It feels food when the air has cooled and I live watching for the late summer blooms and colours. Pearly everlasting in the first pic is one of my favourites. 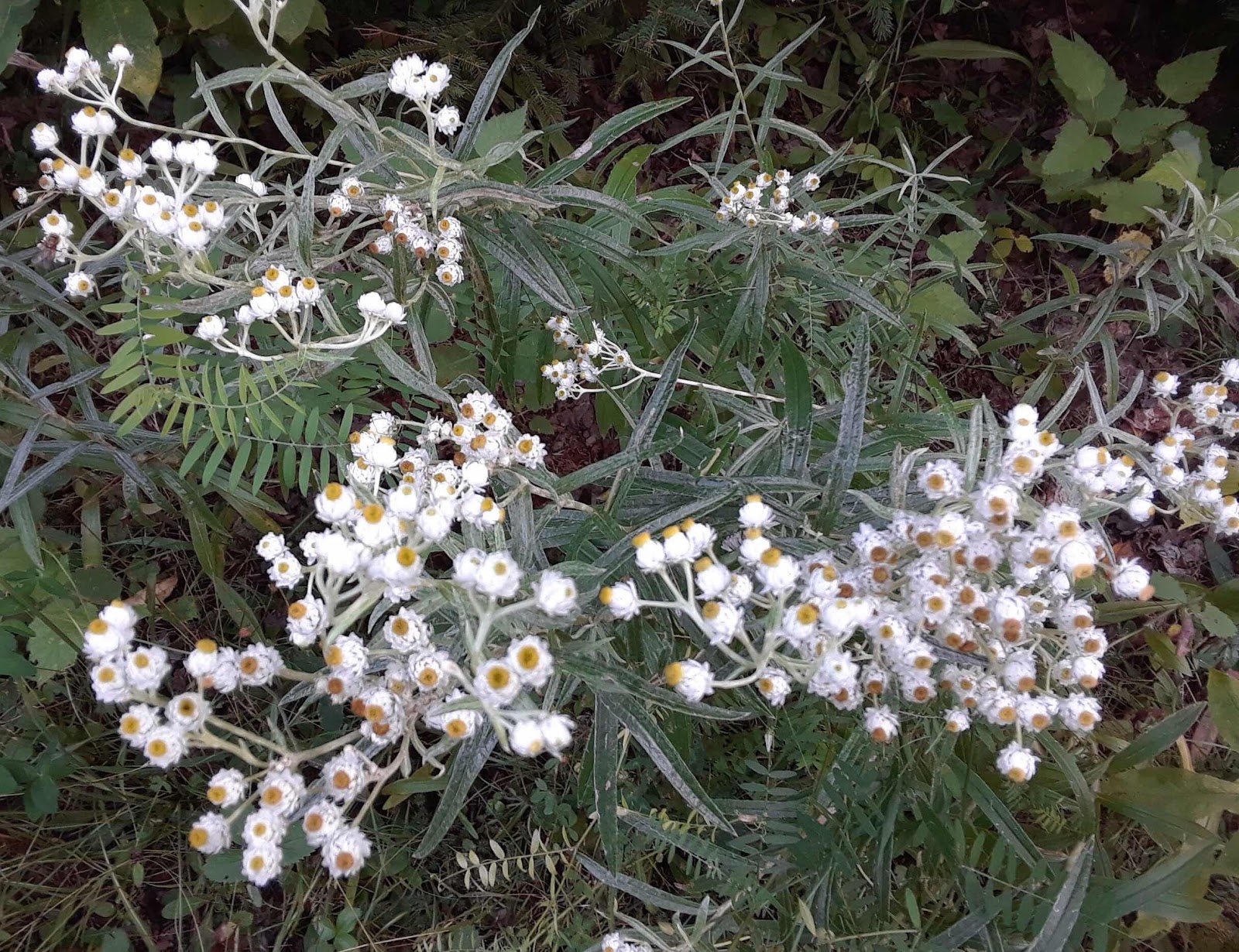 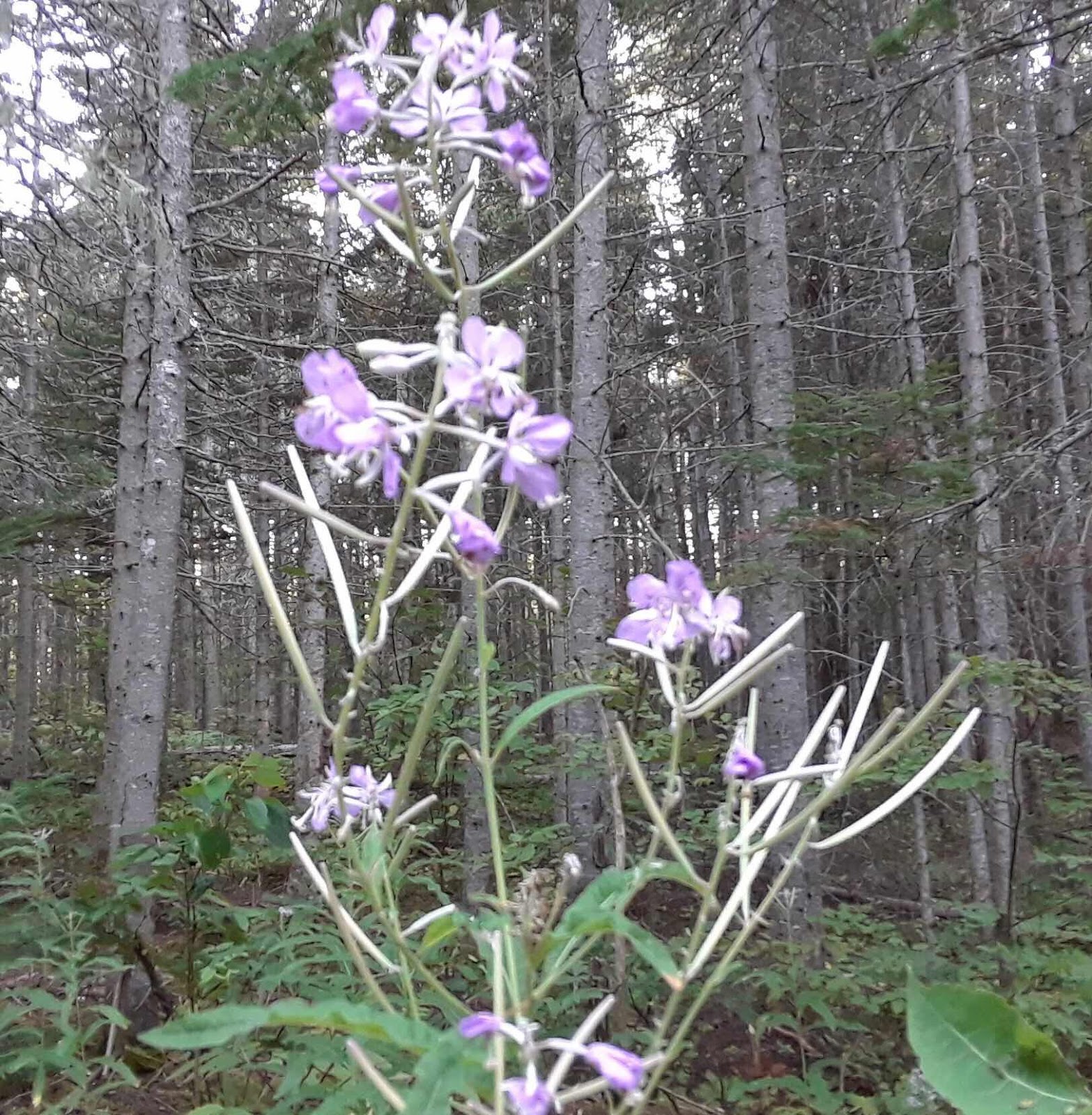 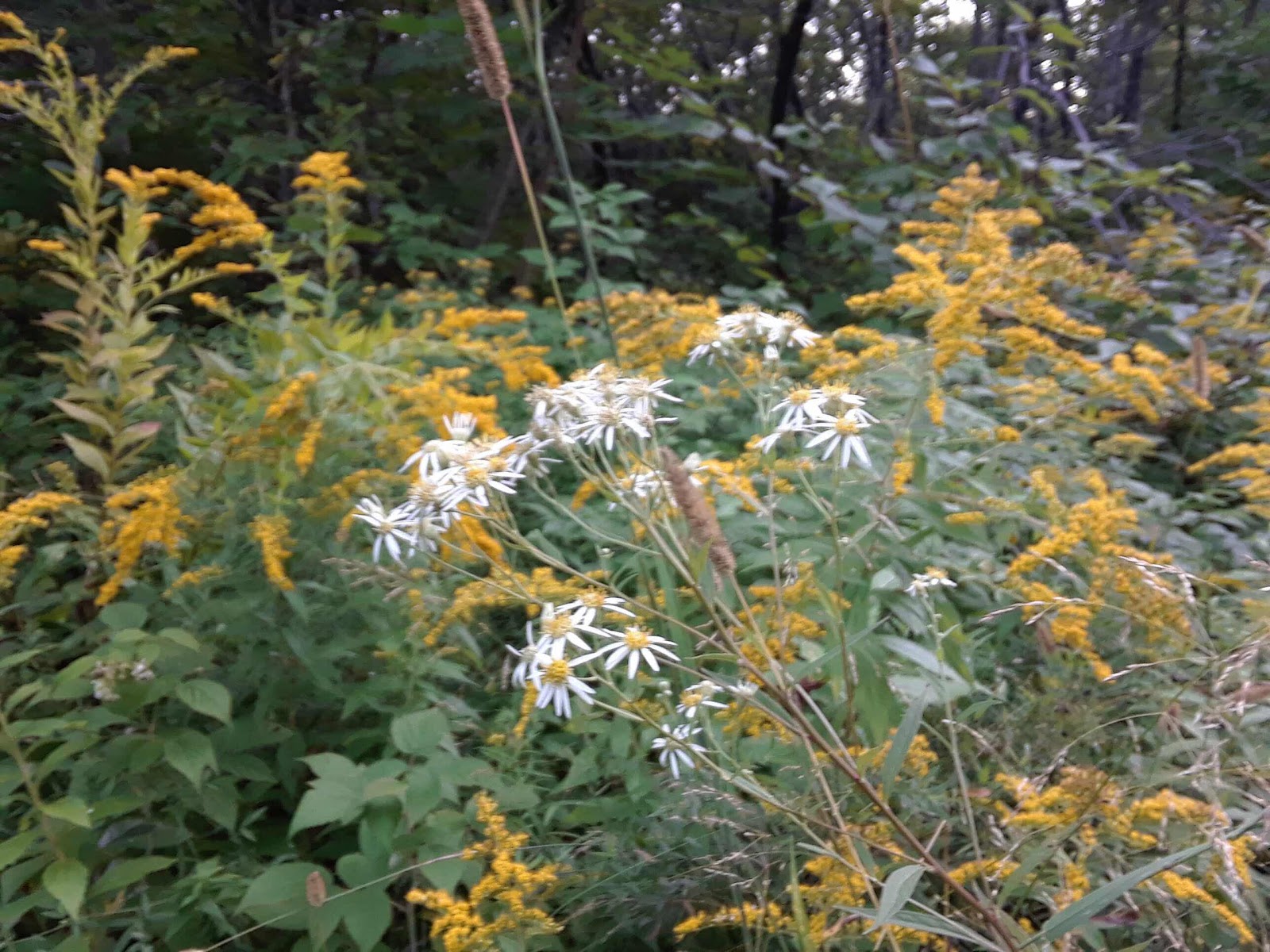 This morning after starting a wash for the line and going round the garden to pick the fresh veggies, I went to the studio. I made the deal with myself to go for a short bike ride after supper and then later remembered that our first guild night is tonight. 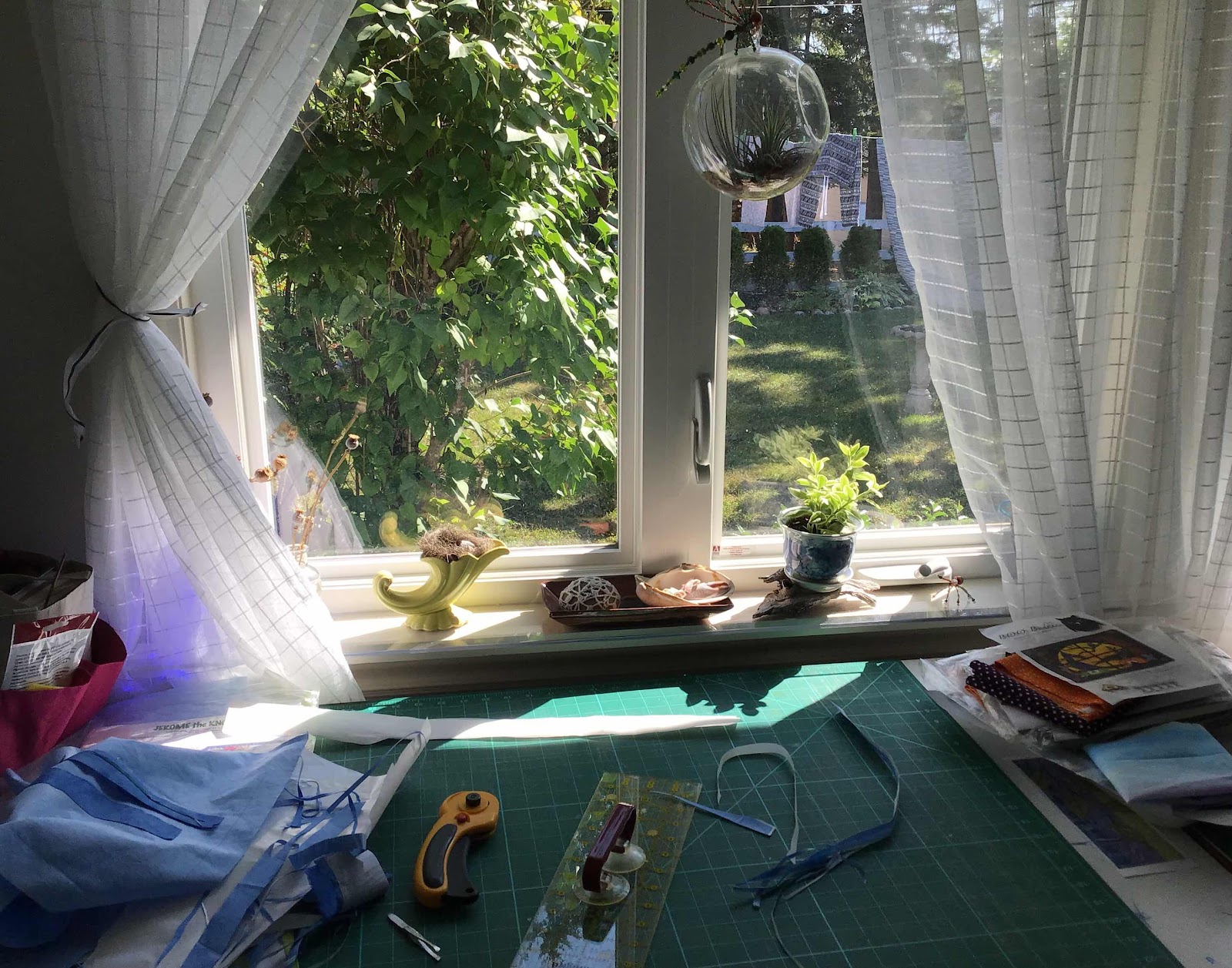 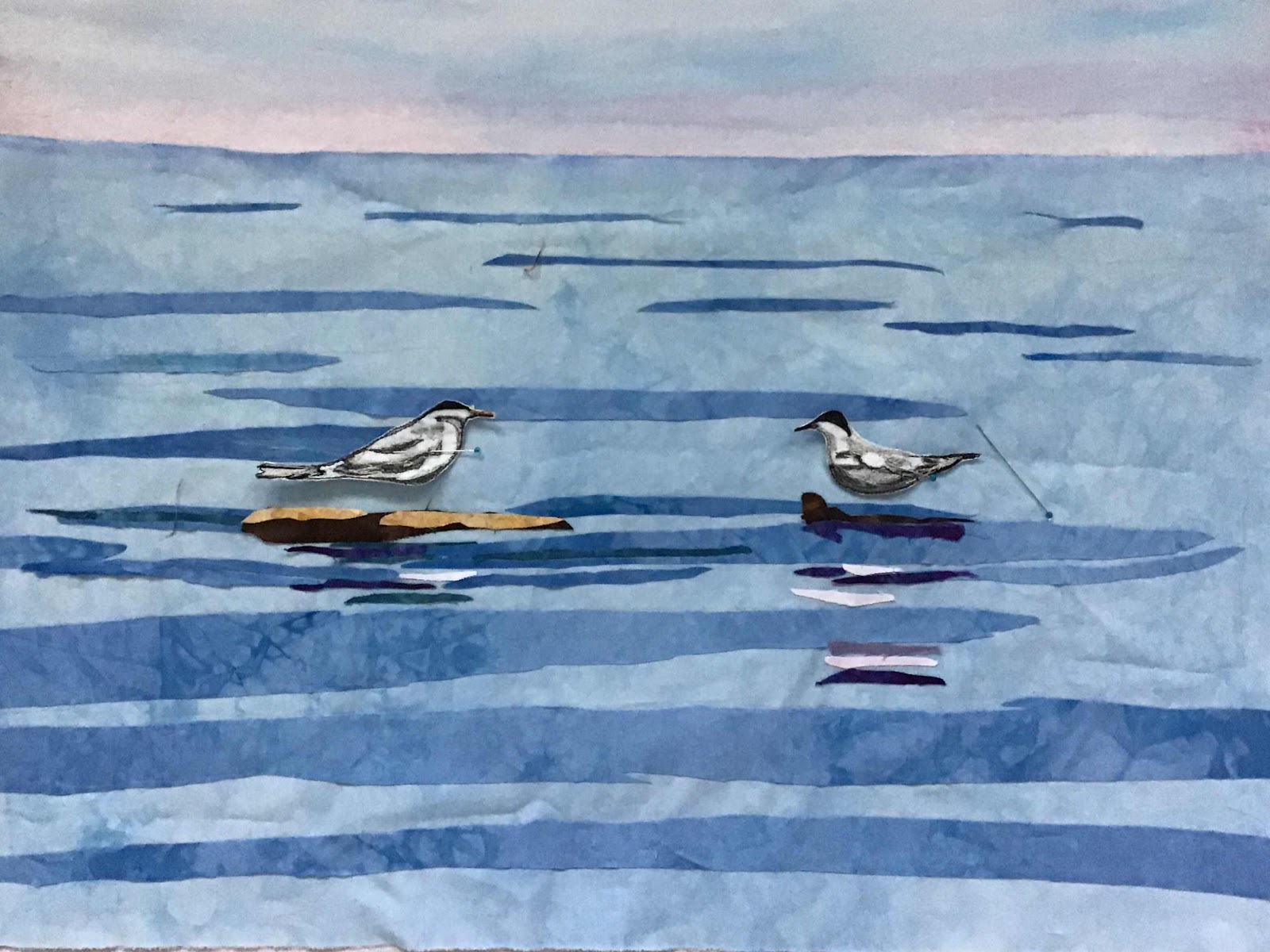 After working a a couple hours this morning, I broke for lunch and an errand. I’ve been playing with shades of hand dyes half the summer trying to make up my mind on the best choices. It tends to look a bit high contrast at the moment. That will change though when I apply some shading with mixed media and then add free motion stitch.
I’m not settled on the sky piece either. Oh decisions, I’m having a terrible time making them lately. 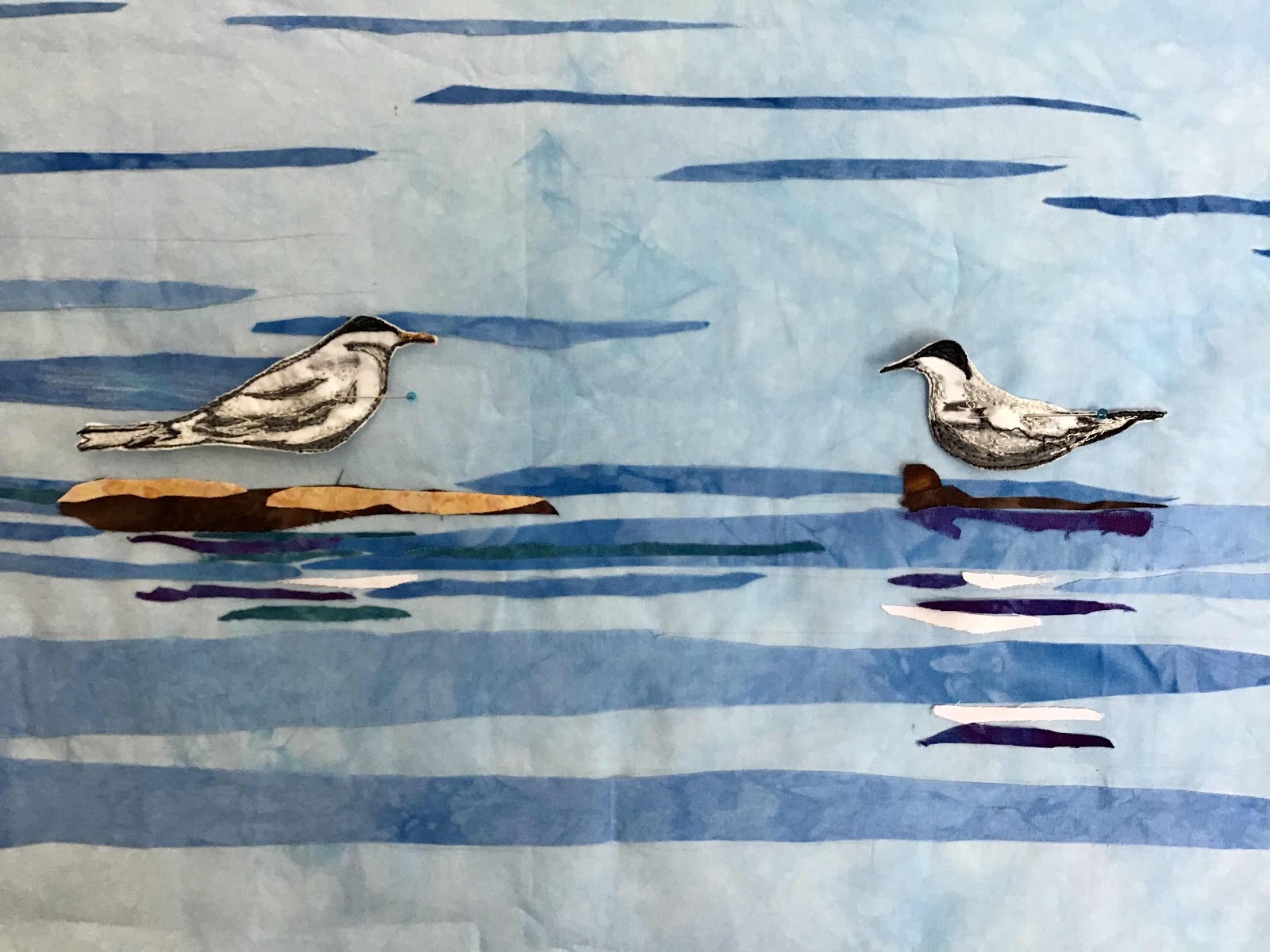 Wow, it is difficult to get a good photo with true colours. The first one above was taken outside and the last one inside. The second one is closer to the true colour.
I’ve finished most of the fusible collages pieces now and I cut out and backed it with stiff interfacing. I was hoping to get it to the machine tomorrow; however, I’ve just had a call from a doctor in Moncton, a back surgeon, who can see me tomorrow. So, I’m off for the day again as we’re a couple hours away.

Before sitting to write this, I took a wander into the yard and snapped a few pics. The scarlet runner beans and climbing peas are taking over the deck. 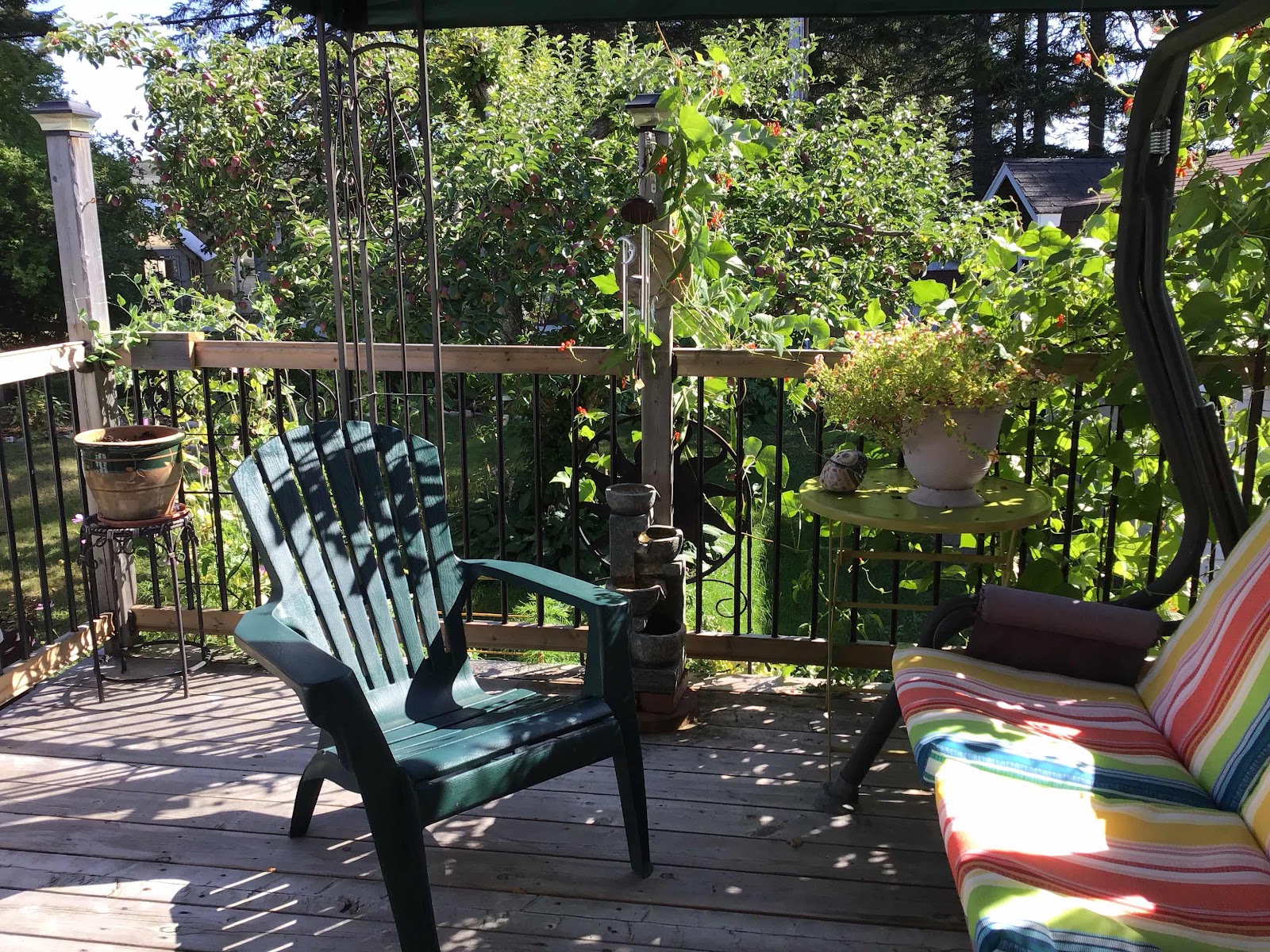 The apple tree is heavy with fruit. 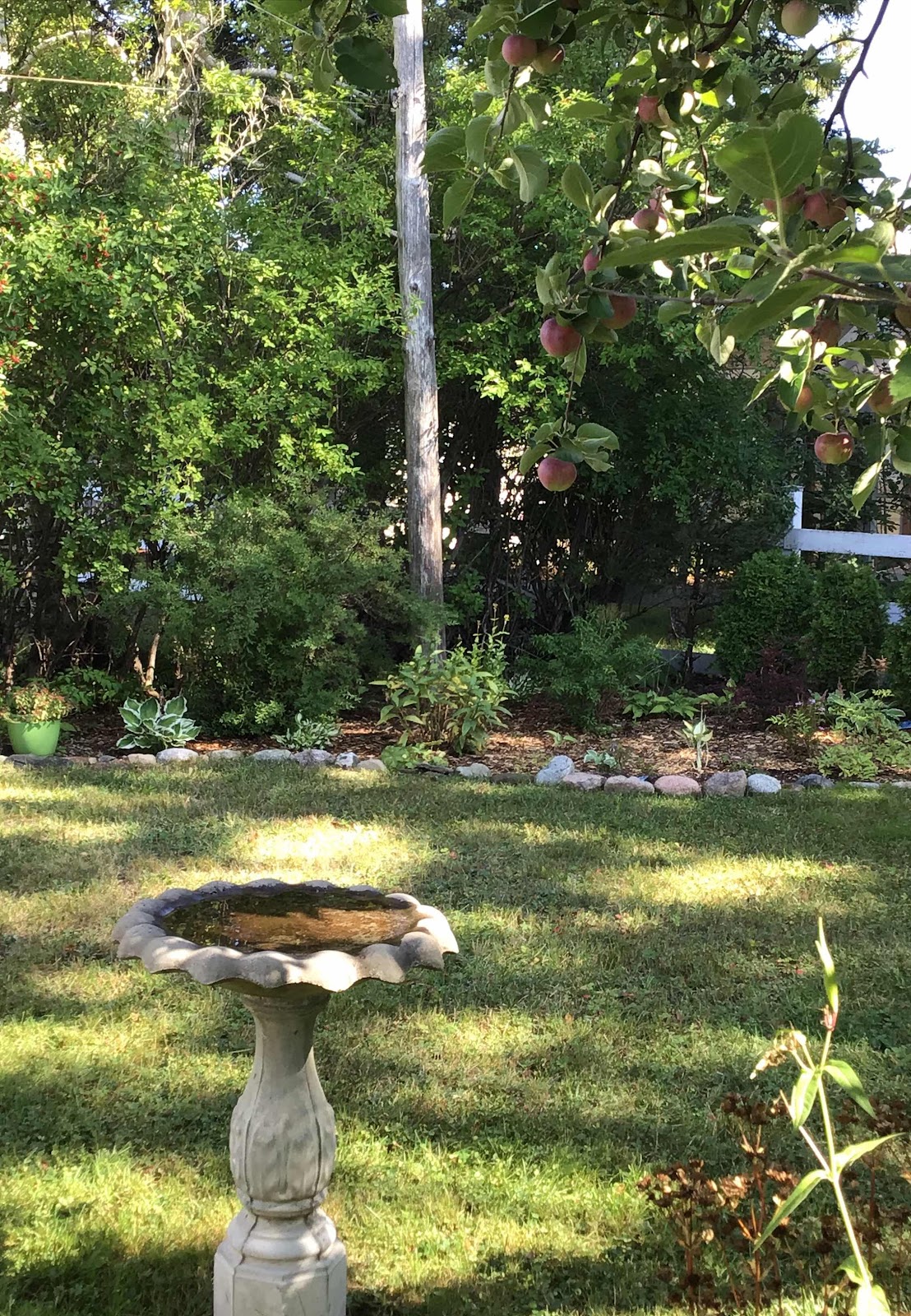 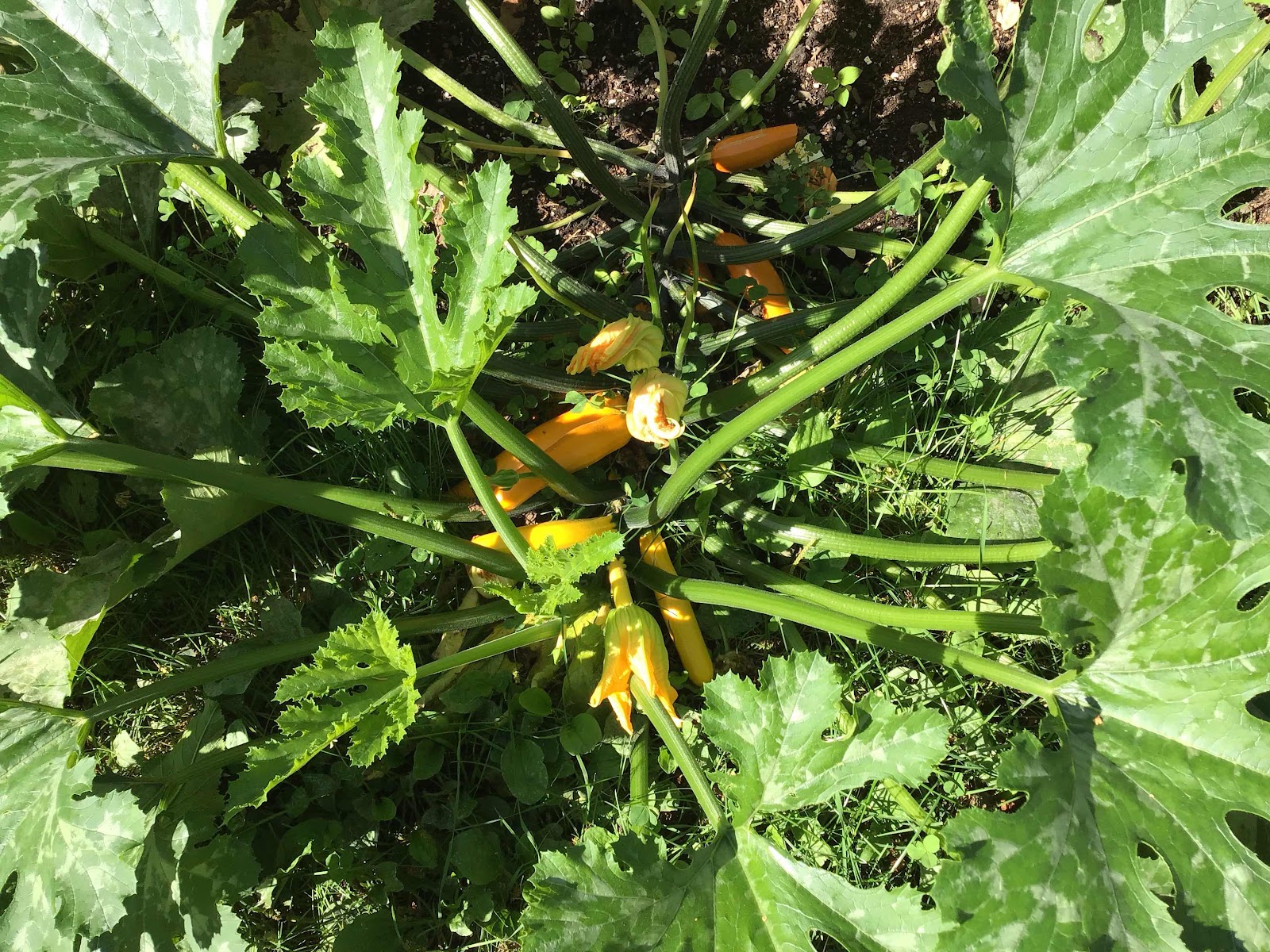 The zucchini plant is laden with zucchinis and I’ve already picked several from this one plant including one that I’m using for supper. I don’t have a spiralizer but this tool from Pampered Chef is perfect for doing tiny strips, plenty enough for an Alfredo sauce combined with some noodles. 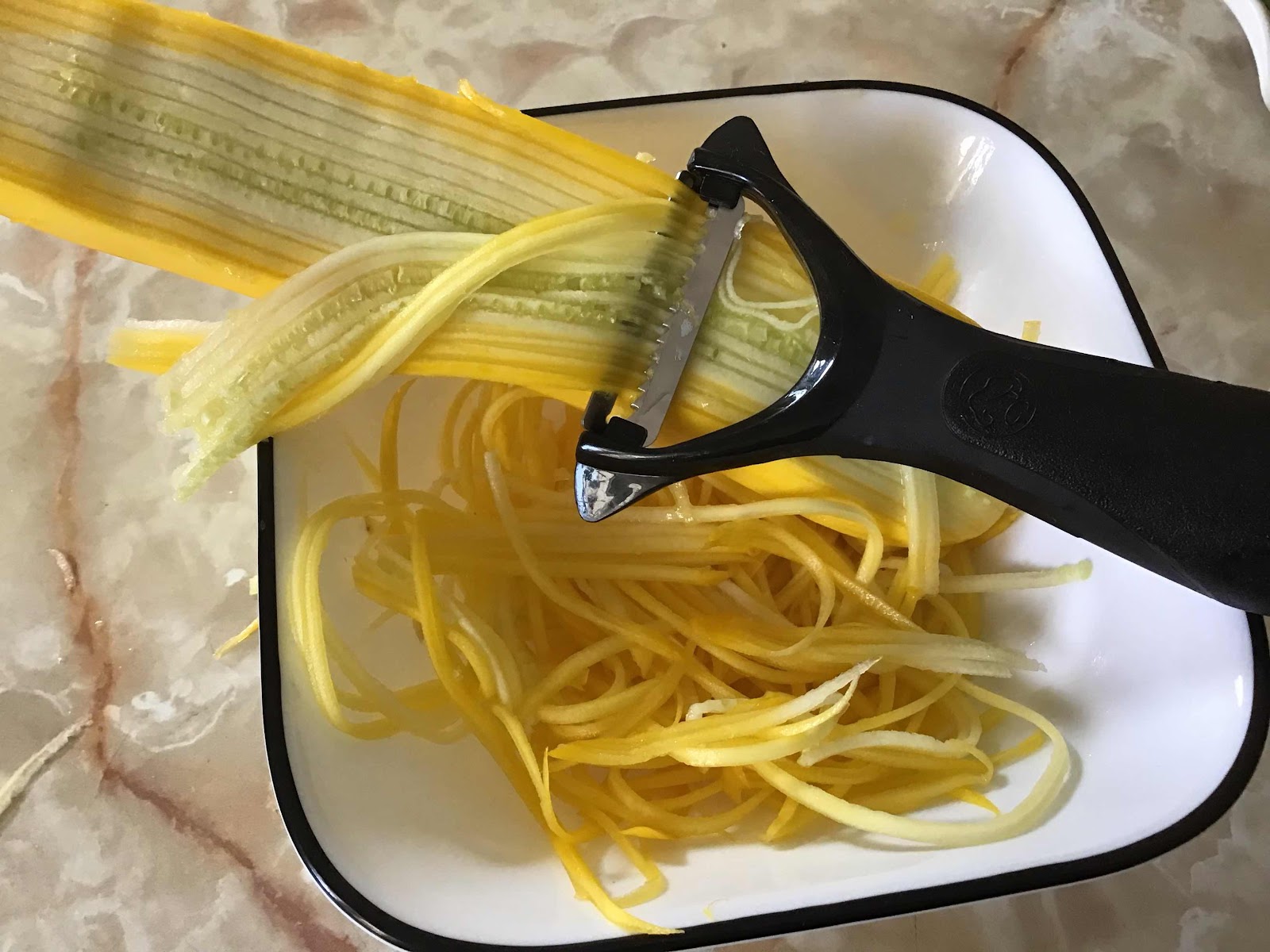 Fall is definitely my season. My birthday comes early in October and I’ve always loved this time of year. I enjoy observing the days as the harvesting proceeds and wanes and the colours of autumn brighten as the days cool, all the while trying to hang on and not think about what’s to come, lol.
Posted by HollyM at 12:24 PM