It's really been a great day to stay in and get some sewing done. I've had a pair of curtains sitting in a box for a couple of years just waiting to be altered. I had purchased 3 panels and split one in half to make them a little wider. This weekend I decided to get them done. The roman blinds had been there for many years and were shot. 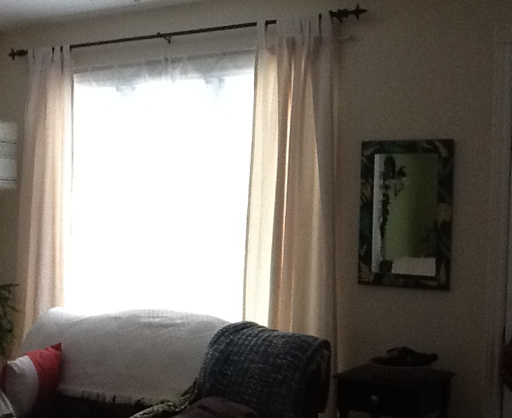 They're nothing fancy but it feels good to have them done.
I sat down a while ago with a hot chocolate and took up my I Pad and stylus. I'm practising and sketching up ideas for a foam stamp that I want to make depicting some of the dried flora that I've been finding on my walks. 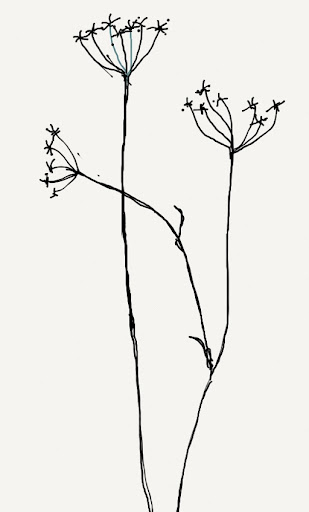 I'm working on ways to steady my hand without resting it on the screen as you would when drawing in a sketchbook. It makes marks since its a touch screen. Tricky. 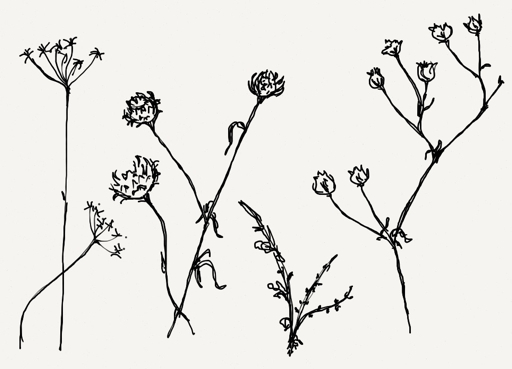 My daughter who lives in Korea spent her weekend in Tokyo. I sure wish I could visit some of the places she has! 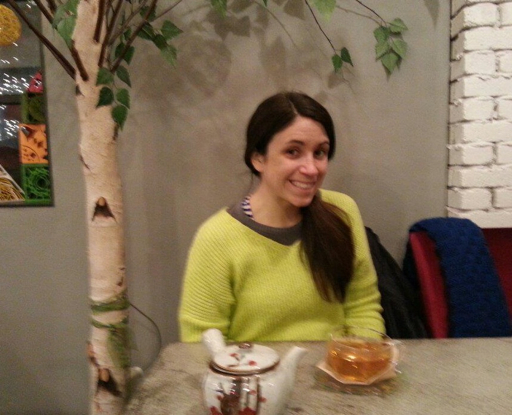 The detail is a little hazy because it would have been taken with a cell phone. I love what I can see of the tea pot though.
The wind has picked up and I can hear it howling. We've already gotten lots of snow but there promises to be more by morning. At least I don't have to go anywhere. My husband will have to be out early with the snow blower though.

I can't believe the size of the snow flakes coming down here. We've had our share of snow this year. Doesn't look like it'll be a blizzard. Hmm, I don't know about curtains but I need to tackle my material for sheets for the bunk beds! Happy Sunday!

You've got one of your own happening up there??? Send it back down so I can get snowed in again!!

In short, they become obsessed by the grass is always
greener syndrome where everyone else's relationship and their own past lovers are elevated to the status of perfection. There is an opportunity for parents to offset the teacher: pupil ratio through practice at home. ' The Rooneys are a great family who turned a football franchise into a traveling nation full
of fans across the United States. With an average annual fee of
10,000 pounds, representing between 25% - 36% of professional incomes this has risen assiduously by 41% in the last five years. Cons. IMPORTANT NOTE: When shopping for a sound card, make sure you do not accidentally purcahse one that is "Low Profile. Today, the scenario is entirely different. I'm the kind who smokes and judges people' Vanda pretends to demonstrate a yoga pose with a cigarette in her hand' 'Whoa, THAT guy's out of shape''. Dependency enslaves you, giving others the ultimate power over how you perceive and feel about yourself. So be it.

My web site; Find Out More