We arrived home around 7:30 PM after 7 or so hours on the road. We quickly unloaded the basics and unpacked a bit the necessities. I checked on my garden and then I had a soak in the tub. It's so nice to be home.
I had canceled my 3 day with Laurie Swim which i don't regret, as I really was not up to it, but I visited her at her studio and she suggested I sit in for the first day which I did and it was great. I don't have any pictures from that yet, but here is a picture of her studio in Lunenburg, and also an example of an historic house which is opposite her studio. 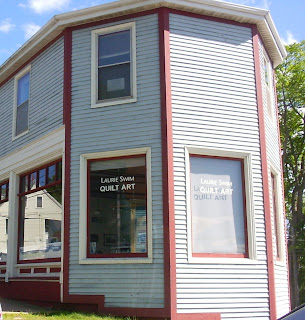 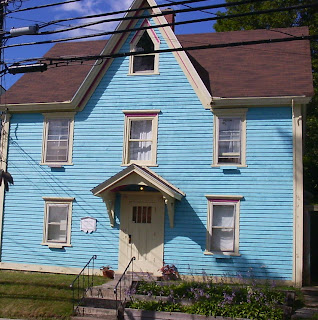 I will write some more another time, as I'm beat, but here is one more picture from the beach where we had a picnic last night with my son and his girl friend.. 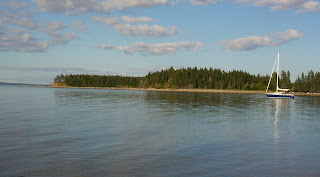