Nursing a cold with comfort food and knitting

Yesterday, after retreat, I spent most of my day unpacking, cleaning, washing clothes and making soup and bread. I got my sewing space set to rights and ready for some thread painting today on my second fish shack piece. I've sold the first one by the way and the second one is spoken for. I could even sell a third one if I'm inspired!
However, by last night I was exhausted and also sniffling and sneezing which went on through the night. It's nothing serious but because of my Addison's, I'm resting up. I've had a few cups of tea and just had to have a fresh heel of bread with molasses, an old favourite from my childhood. 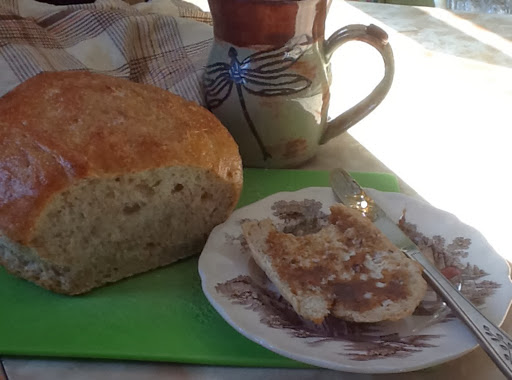 I've been watching a bit if the Olympics opening ceremonies which my husband recorded for me and knitting. 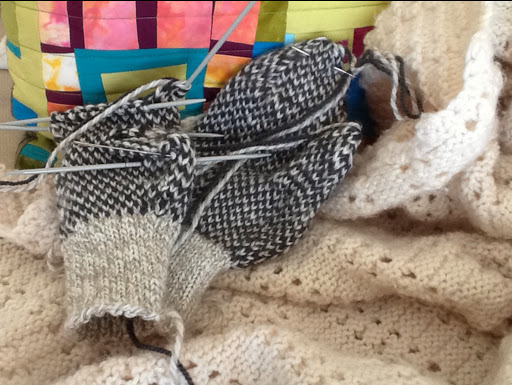 I'm linking to The Needle and Thread Network.

Get well soon - and happy knitting while doing so!